My current research focuses on better understanding the diversity of Pacific island ant faunas and preventing the spread of invasive ant species across the globe. I study the evolution, systematics and biogeography of Pacific ants, especially those of the Fijian archipelago. I am also developing identification guides to invasive, introduced and commonly intercepted ant species to help researchers, quarantine personnel and conservationists prevent their spread. I work on projects remotely from my solar-powered cybertaxomony lab in the Klamath-Sikisiyou mountains of Northern California. I was born in Okinawa but went to the United States to study American Literature with a focus on environmental literature. I wrote about the relationship between humans and nature by comparing the thoughts of great authors, artists, and architects. I also wrote about culture, language, and identity. The mixture of these ideas gave me the desire to return to Okinawa with the goals of spreading public education, preserving nature, and improving self-reliant economic development in Okinawa. I am overjoyed to have the opportunity to pursue these goals at OIST by using my past administrative experience to help the everyday operations of Arilab’s research. I am a systematicist interested in the biodiversity and evolution of ants on different spatial and organismal scales. My aim is to explore and document nature in order to increase our understanding of the biological patterns and processes that have shaped our planet’s biodiversity. My research broadly encompasses taxonomy, phylogenetics, and biogeography of ants. The backbone of my research is the revisionary taxonomy of a variety of ant genera based on an integrative approach combining traditional comparative morphology with modern techniques, such as phylogenomics and 3D modelling based on x-ray micro computed tomography. One of my current projects focuses on the evolution and biogeography of the African/Malagasy genus Terataner using next generation sequencing. The other large project I work on is the global phylogenomic study of the hyperdiverse genus Tetramorium. I want to reconstruct the evolutionary history of the genus to determine which underlying macroevolutionary and macroecological processes have led to its global success. Insects are incredibly diverse and so are their ways of life. During my master’s in Bonn, I realized that these complexities span out into deep time I want to think of and answer questions on how insects reached this astounding level of diversity and what pathways they took in their evolutionary history. Ants are particularly interesting when we regard their emergence as social creatures and their rise to dominance and extreme diversity over a relatively short time span. Here in Arilab, I want to use modern techniques in data acquisition, visualization, and analysis.

Upon completing my undergraduate studies in University College London, I first joined the Arilab as an intern to map the global distribution of all known ant species in order to identify species richness on a global scale. Now, as a technician, I will continue with this project, while assisting lab members through micro-CT scanning and specimen curation. My interests lie in understanding the roles of historical and contemporary factors in controlling the spatial pattern of diversity, especially in tropical ecosystems. For my undergraduate thesis, I utilised GIS and spatial packages in R to map and model mangrove regrowth trajectories in abandoned aquaculture ponds in Singapore. 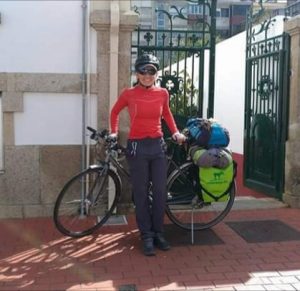 I am interested in understanding how networks of interactions work. What are the rules behind them, what features stabilize them, and what makes them resilient or vulnerable. Ideally studying cascading effects. I graduated from Osaka University with a PhD in Frontier Biosciences. Since then, I worked in various organizations, such as University College London and Public Health England, utilizing my background in Engineering and Biology in order to conduct research and technical analysis. I am also interested in research reproducibility and transparency of research practices through the use of  IT technologies within the academic environment. In the Economo lab, I support my colleagues with their computational needs in various pieces of work, such as the OKEON project, overseeing its IT infrastructure, and establishing systems for metadata management. I am a biogeographer and spatial ecologist interested in ecological niches, community ecology, geospatial analyses, and statistical modeling. My doctoral work focused on incorporating biotic interactions into traditionally abiotic species distribution models, and how considering them can have benefits for invasive species management and conservation of threatened species. I also developed an interactive software called Wallace (R package wallace), which provides an interface that guides users through a species distribution modeling analysis from start to finish with connections to open databases and tools for reproducibility. Additionally, I am a developer of other R packages for ecological analysis, including ENMeval and rangeModelMetadata. As a JSPS Postdoctoral Fellow at the Biodiversity and Biocomplexity Unit at OIST, I will be working with the OKEON ant dataset and fine-scale environmental data to develop community models for Okinawa that can predict species composition and richness across space, and will be exploring how co-occurrence with invasive species affects occupancy of native species. I have broad interests in ecology and evolution that developed from a passion for photography and natural history of butterflies in the Western Ghats of India, where I grew up. For my PhD, I am trying to develop Strumigenys ants as a model clade for studying the genomic and developmental mechanisms underlying the convergent evolution of trap-jaw mandibles. Before starting my PhD at OIST, I completed a masters in Wildlife Biology and Conservation at NCBS, Bangalore. I studied diversity and community assembly of ants in the Andaman Islands for my masters thesis, which led me to continue research on ant biodiversity for my PhD.

Please visit my website to know more about me! 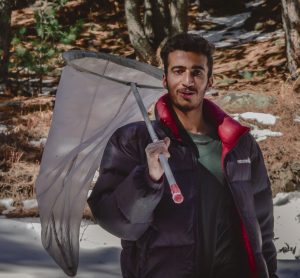 Growing up interacting with various kinds of animals and plants in a quaint Himalayan town of India, I’ve always been fascinated by the diversity of life around us. My curiosity about understanding the natural world, led me to pursue a master’s in wildlife biology and conservation at NCBS, Bengaluru. I studied thermal ecology and morphological plasticity in wing color characteristics of Pierid butterflies for my master’s thesis. After my master’s, I spent a year studying plasticity in reproductive traits of Himalayan oak trees in response to excessive anthropogenic thinning of these forests. These past projects shaped my current and long-term research interests, i.e., understanding the ecological and evolutionary causes and consequences of developmental plasticity in organisms. My approach to research is question oriented and I am most interested in answering fundamental questions in ecology and evolutionary biology. 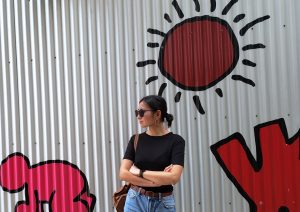 I’m Lazzat, from Kazakhstan. Before entering OIST, I studied at Nazarbayev University in Kazakhstan. For my undergraduate thesis I studied the evolution and epidemiology of HIV in Former Soviet Union countries. Here at OIST, during my rotations, I developed an interest in the evolutionary and ecological processes that shaped biodiversity. For my PhD I want to focus on biodiversity, biogeography and altitudinal adaptation of montane ants in Kazakhstan. 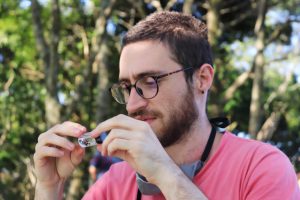 I am an Entomologist, and my research interests encompass systematics and taxonomy, biogeography, and morphological evolution of ants. For the last years, I worked with the ant genus Pheidole, focusing on its taxonomy and morphological evolution using a geometric morphometric framework to understand patterns of variation, integration, and modularity within and between its sub-castes. My current projects at Biodiversity and Biocomplexity Unit include comparative ant anatomy using 3D modeling, combined with geometric morphometrics and phylogenetic approaches to understand its morphological diversity and evolutionary history. 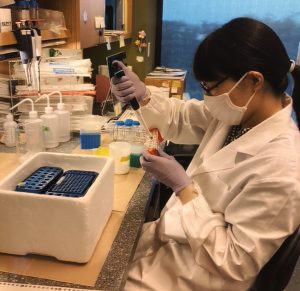 I am a technician working on molecular biology experiments in the Economo Unit, including metabarcoding of OKEON samples, invasive species detection, genomic library preparations, and others. I was born and raised in Fukuoka. I finished my master’s degree in Agricultural Science at Kyushu University, studying positive effects of functional food on metabolic diseases. I have previously worked at Ecology and Evolution Unit for 4 years and am experienced with DNA/RNA isolation from diverse organisms (fish, honeybee, mite, ant, and spider) and several library preparation methods for NGS platforms. 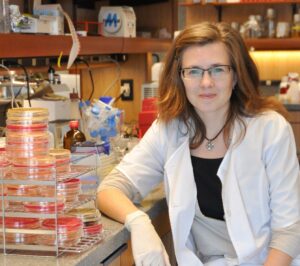 I learned methods of molecular biology during my PhD course and applied them later to study diverse biological processes: cell differentiation, cell electrogenicity, cell membrane fluidity regulation. Now I work on prediction bacteriophage genomes from metagenomic data. I hope to contribute to understanding of phage diversity at the genomic and community levels and their evolutionary relationships.